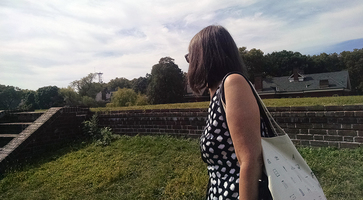 2020 The Corner at Whitman-Walker, When We First Arrived...,

2017 Sideshow Gallery, Through the Rabbit Hole 2, Organized by

2016 Sideshow Gallery, Through the Rabbit Hole, Organized by

in Art & Life, Organized by David Weinstein and Ruth

I catch the pattern, Corona, NYC

Fourth year of participation—organized by 4heads—

2003 Educational Alliance, Lower East Side, NYC, My Mother’s an

during my 4 month residency. Fourth year of participation—also

(reviewed in the International Herald Tribune by Edith Schloss)